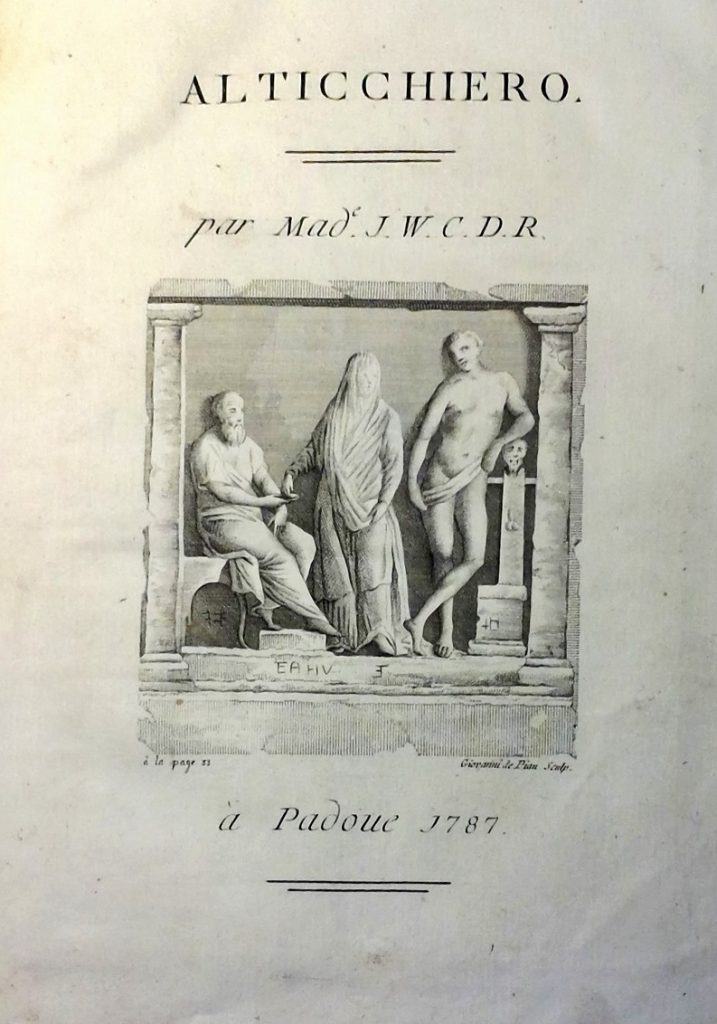 Description: Giustiniana Wynne (1737-1791) was a true cosmopolitan from the moment of her birth in Venice, to a ‘Greek’ local woman (born in Lefkos) and an English baronet. The list of her friends and lovers reads like a Who’s Who of the republic of letters from her ‘caro Memmo’, the Venetian patrician Andrea Memmo (1729-1793) who was her first love in the 1750s, to the young William Beckford (1760-1844) when he was touring Europe, 30 years later. She was briefly betrothed to the wealthy French Fermier-Général La Poupelinière (1693-1762). The adventurer Giacomo Casanova (1725-1798) recounts in his Memoirs how he failed to help her abort an illegitimate child but tricked her into having sex with him. She married the elderly Austrian ambassador to the Serenissima, Count Orsini von Rosenberg (1691-1765) and once widowed spent much of her time during her final years with Senator Angelo Quirini (1721-1796). Her literary collaborator was sometime government spy Bartolomeo Benincasa (1746-1816). She entertained the poets Melchiore Cesarotti (1730-1808) who reviewed her 1788 novel Les Morlaques, and Ippolito Pindemonte. Lady Mary Wortley Montagu and Leopold Mozart are amongst those who refer to her in their letters.